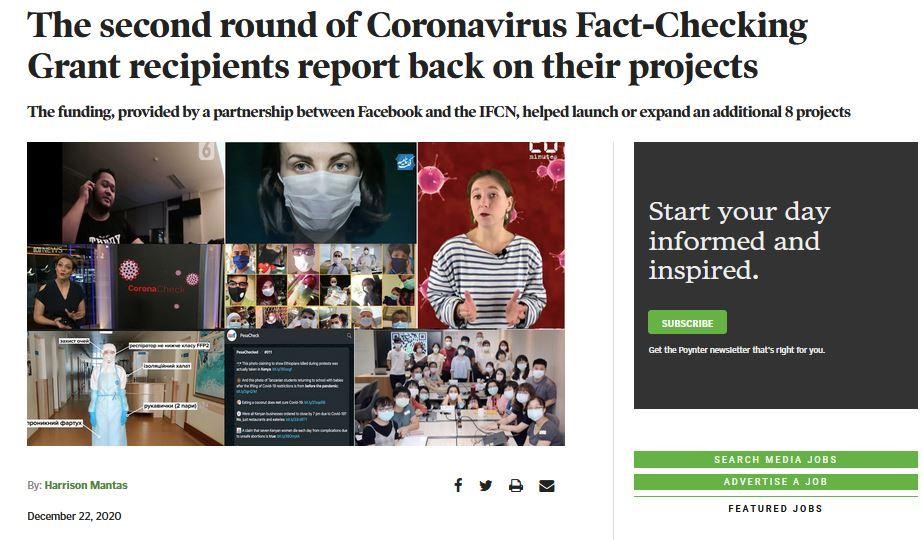 Taiwan Fact Check Center (TFC) was founded in August 2018 and in just less than 3 yeas’ time, the center has gained recognition from the International Fact Checking Network (IFCN) by renewing its signatory status to TFC. There are strict requirements to be met including the proof of non-partisanship, transparency of sources, independence of financial support from any political party or politicians and a commitment to open and honest corrections. Summer Chen Hui-min, Editor in chief of Taiwan Fact Check Center said the Center fully complies with the Code of Principles set forth by the International Fact Checking Network (IFCN), a unit of the Poynter Institute dedicated to bringing together fact-checkers around the world.

A much-anticipated travel bubble between Taiwan and Palau will start on April 1, the first of its kind in the Asia-Pacific region. The travel bubble will allow people from both sides including long-term residents to travel to both countries without any quarantine. Ambassador Dilmei Louisa Olkeriil, the Ambassador of Palau said she is very excited as she said Palau has been ready for the arrival of the Taiwanese tourists, the only foreign visitors from the world. Even though Patrick Lee is a finance graduate from National Chengchi University in Taiwan, he has had passion for art and decided to become an artist. For more than two decades, Patrick Lee has exhibited works across different countries in the world. His use of silk-screen painting techniques gives his work more richness and imagination. He has also become an internationally collected artist after his paintings were all sold at his first European gallery exhibition in Denmark in 2002. He was then invited to take part in the Venice Trienniel and the Milan Expo 2015 International Contemporary Art Exhibition. The EXPATS: The International Ingrams, the first black international smart reality show attracted 2.3 million views in just a month’s time after it was released. It is an unscripted reality show shot in Taiwan during times of COVID-19. Juanita Ingram and her family travelled from the US to London and now here in Taiwan ad she came up with the show’s concept when she realized her story could not only help other black families abroad but also trailing spouses which led her to shoot another 8-part story of Trailing Spouses. Juanita Ingram is an attorney, author, actress and Founder and CEO of Purpose Productions, Inc. The EXPATS won 2020 Telly Award for unscripted series, the Telly Awards honor excellence in video and TV across all screens. How much do you know about Peru? Inca culture? Machu Picchu? But Peru is more than Machu Picchu and Inca civilization. Did you know that in 2019, Peru won the Best Culinary Destination Award again and Peru is one of the world’s top gastronomy countries?