Tim Chen, Chief Organizer of Taiwan Homeschool and founder of Taiwan Homeschool Advocates has been promoting home education since 2003 in Taiwan and has also been advocating education choice since 2007.He said home education is successful in Taiwan and he started home education when his daughter was only 5 in 2003. There were only around 100 students by then but today Tim Chen said the number has grown to more than 7,000 home-educated students.Tim Chen has been a board member of GHEC (Global Home Education Conference) Advisory Board since 2016. Saint Vincent and the Grenadines (SVG) gained its independence from the Great Britain in 1979 and has had diplomatic ties with Taiwan since 1981.The Embassy of Saint Vincent and the Grenadines (SVG) was opened in August in Taipei in 2019. August this year marks the first year of the opening of the Embassy and two Vincentian students Nicketha Toney and Cerelia Aberdee said during the interview that Vincentian students form an association which has a close connection with the Embassy in Taiwan adding that the Embassy has provided assistance to them since its establishment. There are more than 100 Vincentian (SVG) students studying in Taiwan at the moment. 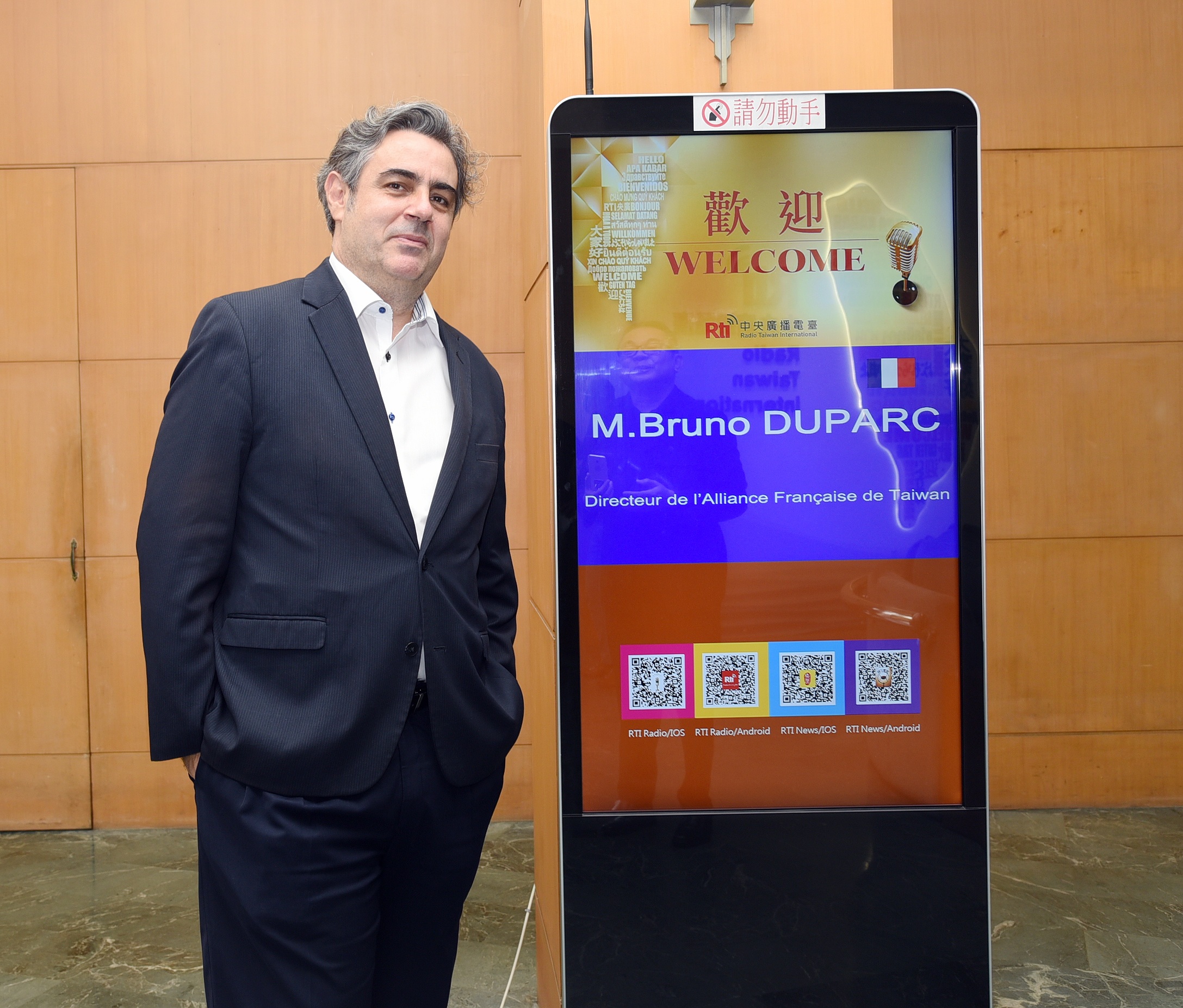 Bruno Duparc has served as the director of Alliance Française Taiwan since September 2016 and his term will expire at the end of August. Alliance Française has centers in 135 countries in the world with the aim to promote the French language learning and culture. Bruno Duparc’s next post will be Sri Lanka and he said he is impressed with the hospitality of the Taiwanese. Even though he is leaving Taiwan, Taiwan will always have a place in his heart so in a way, he never actually leaves Taiwan. Bruno Duparc has been posted in many countries in the world including Australia and Madagascar. The German Trade Office Taipei, with offices at 130 locations in over 90 countries, was established in 1981 and the Chief representative and Executive Director, Mr.Axel Limberg said his office is to promote bilateral trade between Taiwan and Germany. Mr.Axel Limberg has been in Taiwan since 2017 and he said he is happy to be in Taiwan to help German companies start their business operations in Taiwan and to help Taiwanese companies interested in investing in Germany. As one of the most important services of The German Trade Office Taipei is to promote trade relations, this month they will take part in the Taipei International Industrial Automation Exhibition running from August 19th to 22nd  and there will be a German Pavilion with 11 world leading companies showcasing their products and technology. During the exhibition,the German Trade Office Taipei and the Taiwanese Smart Machinery Promotion Office will also jointly host the German Industry 4.0 Seminar. Axel Limberg, Chief Representative and Executive Director of the German Trade Office Taipei said his office is pleased to inform that Taipei Automation 2020 is the first B2B industrial trade fair which is going to take place despite the current COVID-19 pandemic emphasizing that Industry 4.0 will be the key to a modern industry and future prosperity. The German Trade Office Taipei is the official Delegation of German Industry and Commerce and a member of the worldwide network of German Chamber of Commerce Abroad, with offices at 130 locations in over 90 countries. The German Trade Office Taipei was established in 1981 and the Chief representative and Executive Director, Mr.Axel Limberg said his office is to promote bilateral trade between Taiwan and Germany. Mr.Axel Limberg said COVID-19 has impacted many business plans. German Chambers of Commerce Abroad (AHKs) conducted a flash survey among its 140 locations in 92 countries from June 15 to June 26, 2020. The survey shows that German companies remain committed to Taiwan and Mr.Axel Limberg said 90.5% of the participating companies consider travel restrictions as the greatest burden for business operations adding that some business operations require the presence of manpower for example to repair machinery on site. 81% of the German companies in the survey think that an economic recovery will take place in 2021 and Mr.Axel Limberg said it is going to be a challenging year ahead.